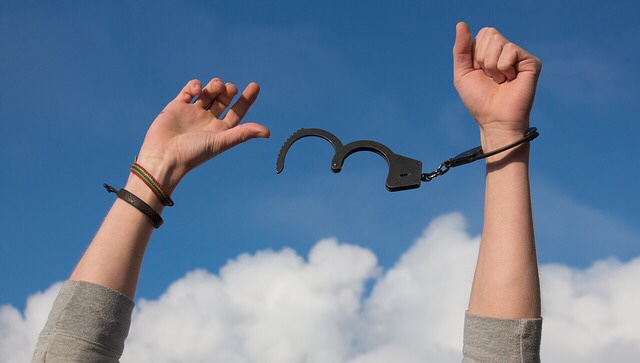 Morning everyone! So this past week, me and hubby have been watching Intervention and a few other shows where characters are clearly struggling w addiction. I’ve just realized that something has flipped for me! I no longer look at “epic drunk events” as fun – I literally just feel so bad for everyone not knowing the truth about what they are doing to their minds and bodies. I feel so bad that they don’t know how to cope with their lives. I no longer look at addiction the same way – now, I get angry that they had no idea what they were getting themselves into and their families have no idea how important it is to try to stop it earlier rather than later. I literally have NO desire to alter my brain chemistry. I’m not saying I won’t ever have cravings or a fleeting thought – I am sure they will still come…but this space I am in is SO different than before. Before, I “knew” the things we were learning about alcohol but I didn’t completely “get it”. And you know what – I don’t think I would if I weren’t out seeing people drinking, watching it on tv – witnessing the actual proof of what we have learned. I was so scared those things would trigger me but it’s just proving to me that I have done the right thing.

We were watching this one Intervention episode and the girl drank crazy amounts of vodka everyday. I totally related to her but hubby said to me “see, you were nothing like her”. It’s funny how on the outside I still appeared fine -because I know I was not fine by any means. All I could really say is “we all need to stop judging people’s drinking against the worst case scenario and instead judge it based on what they have already lost and harmed”. Maybe I wasn’t dying from a brain disease caused by vodka YET but I sure as hell poisoned my body for 20 years and hid from emotions the entire time.

Never again! Life is too beautiful to be duped into addiction.

I am getting SO excited! Hubby and I are in the process of buying a little cabin and hopefully (KNOCK KNOCK KNOCK), we will close on it at the end of the month! Guys, this is completely because of sobriety! For starters, I’d have NEVER been interested in going to the middle of nowhere to relax and hike when I could be at home drinking! And also – the money I spent on drinking covers more than half of the mortgage payments each year!! Can you believe that? Think of all the stuff we could have or saved for all those years drinking?!

Well I did it! Not only was yesterday my first sober flight, but it was also my first event hanging out w drinkers while being a non drinker.  It was really interesting watching everyone deteriorate. It was a cooking class team building event and by the end of the night – the instructor was asking me and hubby to do all the knife work because he didn’t trust the drunk folks with a knife! I know they don’t even realize it – but they all missed out on a great opportunity to connect on a real level last night. I’m sure they are all hungover today as well.

So I had two people question me not drinking – first one knows me as a big partier and this is the second time she hasn’t seen me drink now. She asked if I gave up drinking and I said “yep- I don’t drink” and nothing more. She waited for more…and I didn’t have anything else to offer her. She was clearly uncomfortable and said “good job” and didn’t speak to me the rest of the night. Next girl doesn’t know me at all but had enough to drink to come over and share her life story w me. She asked why I wasn’t drinking and I said “I’ve had plenty in my lifetime – I’m good” and she proceeded to try and sneak me champagne several times after! After the sloppy cooking event, where 8 people consumed 13 bottles of wine…they headed to the bars, and me and hubby went back to our hotel for hot tea.

I am so grateful for my new life. I didn’t see a single thing last night that makes me want to go back to drinking.

Today is my first sober flight! There is SO MUCH TIME now that I don’t need to stop for 2-3 double Bloody Mary’s before the flight! We are on our way to a team building event for my husbands’ work – lots of drinking around me tonight but I will just drink my sparkly water and observe the insanity!